Inequalities in the Luxembourgish educational system 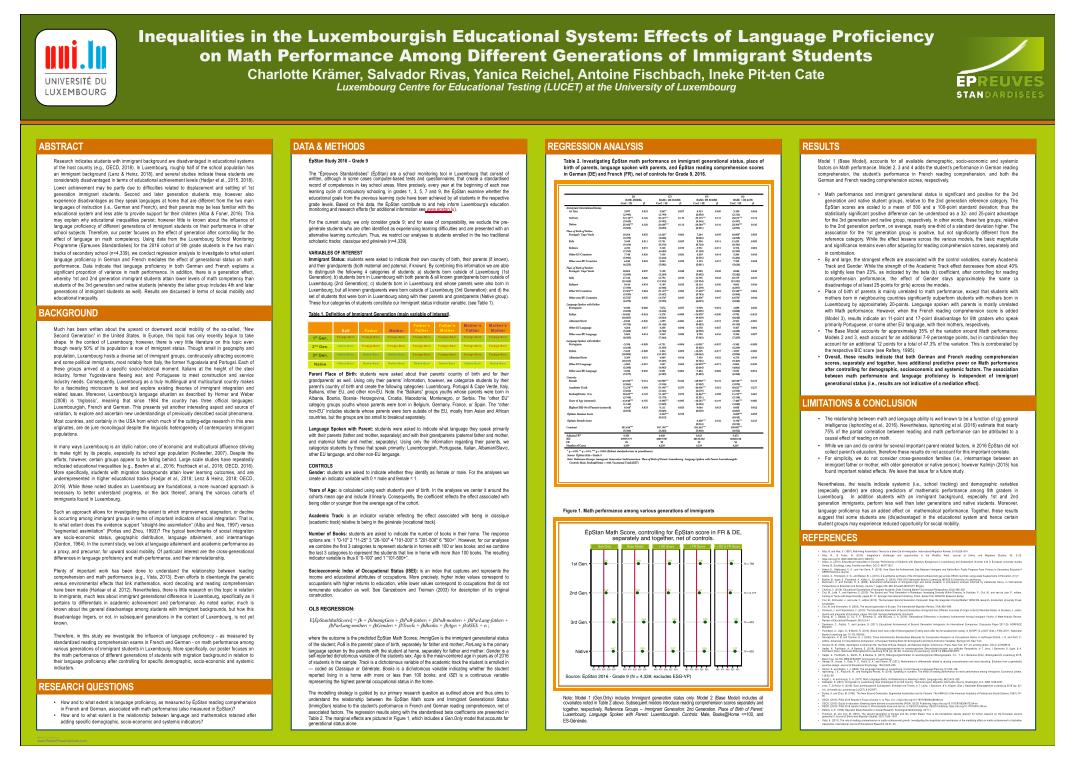 Research indicates students with immigrant background are disadvantaged in educational systems of the host country (e.g., OECD, 2018). In Luxembourg, roughly half of the school population has an immigrant background (Lenz & Heinz, 2018), and several studies indicate these students are considerably disadvantaged in terms of educational achievement levels (Hadjar et al., 2015, 2018). Lower achievement may be partly due to difficulties related to displacement and settling of 1st generation immigrant students. Second and later generation students may however also experience disadvantages as they speak languages at home that are different from the two main languages of instruction (i.e., German and French), and their parents may be less familiar with the educational system and less able to provide support for their children (Alba & Foner, 2016). This may explain why educational inequalities persist; however little is known about the influence of language proficiency of different generations of immigrant students on their performance in other school subjects. Therefore, our poster focuses on the effect of generation after controlling for the effect of language on math competency. Using data from the Luxembourg School Monitoring Programme (Épreuves Standardisées) for the 2016 cohort of 9th grade students in the two main tracks of secondary school (n=4,339), we conduct regression analysis to investigate to what extent language proficiency in German and French and generational status have an impact on math performance. Data indicates that language proficiency in both German and French explains a significant proportion of variance in math performance. In addition, there is a generation effect, whereby 3rd and later generation immigrant students achieve a higher level of math competency than students of the 1st or 2nd generation. Results will be discussed in terms of social mobility and educational inequality.